Agencies all over the country

Present right across France, we ensure your goods move freely and work alongside you to develop your business. Our transport schedules guarantee delivery throughout most of France and are constantly being updated to fit in with your requirements.

THE STRENGH OF OUR NETWORK

The STG Group relies on a solid network: local bases offering a national service and spreading out internationally with the STG&NAGEL LOGISTIQUE partnership and the German NAGEL GROUP..

The merger between STG and the German group Nagel began in 1989. The two groups reaffirmed their collaboration in 2019, through a partnership to ensure the continuity and development of their supply of fresh produce to and from French territory.

These 30 years of collaboration have taken different forms over time, including the creation in 1999 of STG & Nagel Logistique represented by five sites in France. Download the interactive brochure 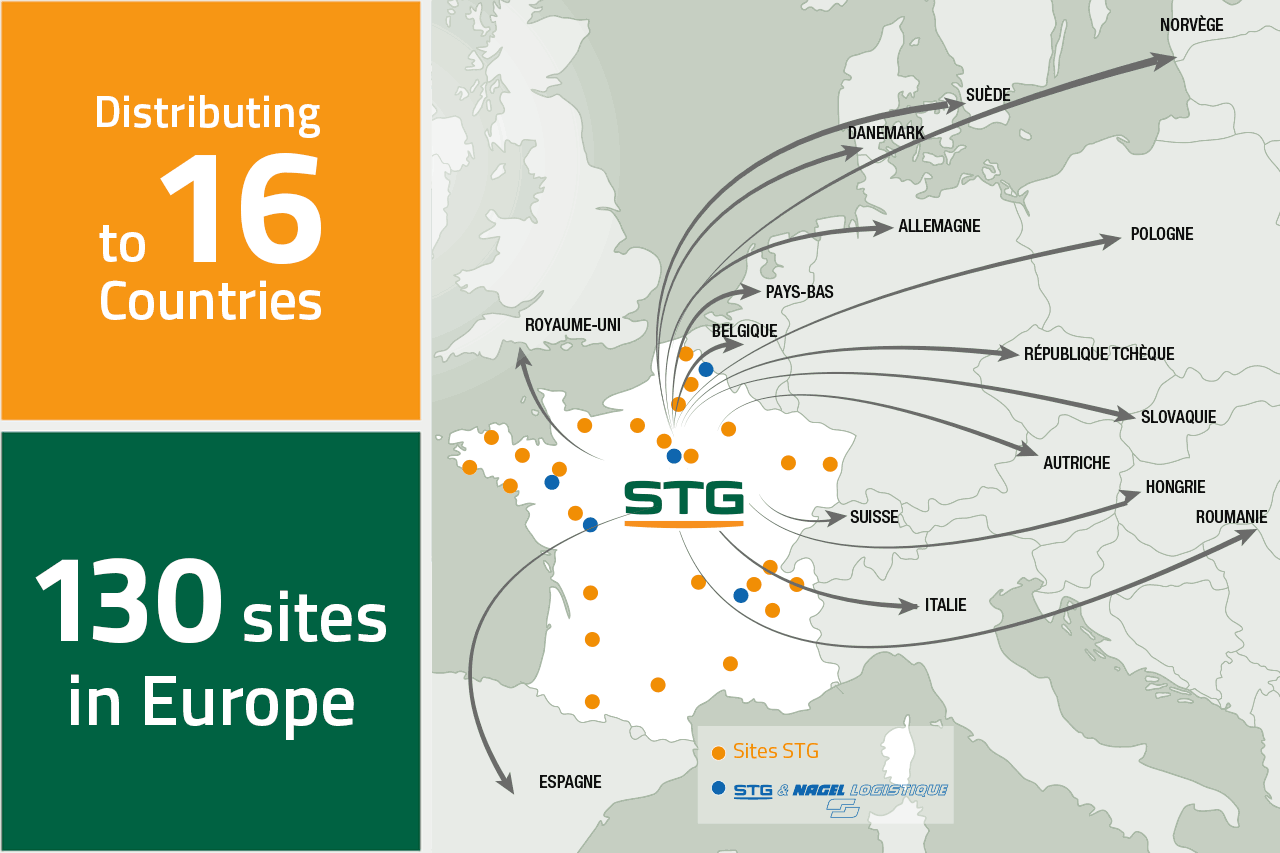